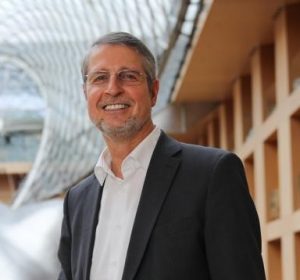 1989 – 2010, Dr. Peter Diedrich worked as an attorney and (equity) partner at law firms including Gaedertz, Haarmann Hemmelrath in the Berlin and Warsaw offices, Ernst & Young in the Berlin, Warsaw and Tel Aviv offices, and as the first German Managing Partner for Olswang in Berlin. In 1994, Peter received his doctor’s degree from the Faculty of Law of Freie Universität Berlin.

In 1997, Peter was officially appointed as a notary in Berlin.

He is also admitted to the Polish Bar since 2007.

Since 2010 Dr. Peter Diedrich is the Managing Partner of DSC Legal in Berlin.

Since April 2013, Peter has served as Chair of the Global Steering Committee of the Real Estate practice group of IR Global, a multi-disciplinary professional services network that provides advice to companies and individuals across more than 155 jurisdictions around the world.

In October 2020, he was appointed to the Federal Economic Senate of the BVMW.