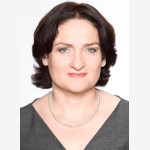 The Legal, Real and Converged Interest in Declaratory Relief, WoltersKluwer 2017.

UNCITRAL Model Law: Composition of the Arbitration Tribunal Re-considering the Case upon Setting Aside of the Original Arbitration Award’. Journal of International Arbitration 34, no. 1 (2017).

Evolution of interim measures as an example of the judicalisation of 21st century international commercial arbitration [in:] The challenges and the future of commercial and investment arbitration (ed. Beata Gessel-Kalinowska vel Kalisz), Warsaw 2015

A Defect of the Enterprise as a Defect of a Share – One of the Dilemmas of M&A Transactions (Polish law perspective) [in:] Global Wisdom on Business Transactions, International Law and Dispute Resolution, CH Beck 2015.